Skip to content
For your safety, we are seeing many patients via telehealth and in person as needed. For clinic updates and more information on COVID-19Learn More
Posted on December 9, 2016 by PDX ENT

Years of research have shown the significance that social interaction can have on our psychological and physical well-being. Without it, people are at an increased risk of depression, reduced immunity and increased risk of mortality. Social interaction also has another surprising effect: improved auditory function. Researchers at Georgia State University recently conducted a study to explore this phenomenon. 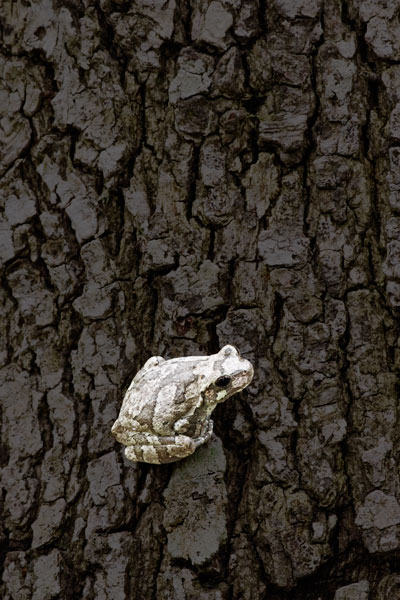 The researchers studied green tree frogs because their methods of communication are relatively simple. They examined the impact of social isolation on the frogs’ sound perception. The research team wanted to see how exposure to socially significant sounds, in this case their calls, affects their sound perception. For 10 consecutive nights, two groups of frogs, a control group and test group, were played a track of varying sounds. While the control group heard a series of random noises, the test group heard socially important sounds—their species’ calls—just as they would in their natural habitat.

Just as we humans rely on speech, the species-specific calls are meaningful to the green tree frog, as they facilitate social behavior. When the test group was exposed to these socially significant calls, they were shown to be more sensitive to the sounds than the control group.

The study demonstrates that more social interaction increases one’s capacity to understand social sounds. It also suggests that these sounds can modify the ear physically to increase sensitivity. The precise location of this change is unknown, however.

This research has major implications for socially isolated humans, such as individuals in nursing homes, prisoners and others who are likely to have meaningful conversations less frequently than the average person. It could also have importance for the hearing impaired community, who sometimes struggle to hear speech frequencies.

To keep your auditory system healthy, hearing loss experts recommend regular audiology tests to monitor your hearing ability. By being proactive about your hearing health, you can avoid unwanted complications that develop from untreated hearing loss, which include depression, anxiety and cognitive decline. When treating hearing loss, early intervention is key, as hearing aids will prevent the further deterioration of your auditory abilities. To find a provider of hearing aids in Portland, Oregon, contact our team at (503) 222-3638.